Need a contractor? Where to start?

How many of you have relied on AAA (formerly known as the American Automobile Association)?  AAA has become synonymous with the name of the company who bails you out if your car conks out or you get a flat. 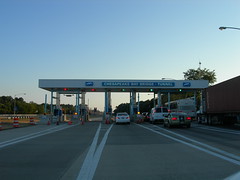 As a child I remember my mom’s old Pontiac overheating while we waited at the Chesapeake Bay Bridge toll plaza.  Somehow (pre cellphone days), we managed to contact AAA. I was terrified, the 3 BIG A’s were going to come.

Nooooooo!  Not the 3 BIG A’s.  While this was a service who was going to help, as a child I pictured 3 BIG A’s.  We were going to get attacked by the alphabet!!!  Needless to say, AAA sent a service individual to come help us and we were sent on our way. As an adult AAA customer, I learned that AAA does not always have it’s own service trucks. Honestly, I don’t know if they have any of their own trucks anymore. Their service and reputation is handled by contractors who they screen to represent them. Wouldn’t it be nice if we had one stop shopping for all things that cause hiccups in our lives? Boy, wouldn’t that simplify your life?

I have invited my friends Michelle and Andy Katon, owners of HOCOA Metro DC to guest post about how a home repair network can simplify your life.

Wouldn’t it be great if you could simplify your life when it comes to home repair.  We discovered a home repair network that can do that, HOCOA. We were so impressed, that we choose to purchase a franchise in the Washington, DC Metro area so we could share this benefit with Washingtonians. Here is how it started….

We noticed an odor in the kitchen.  We did not realize that our dishwasher had broke mid-cycle.  The following day, Sunday we discovered the odor was from the dishwasher.  Once we noticed it was a broken dishwasher causing the odor, we did not know who to call.  We did what most people would do: opened the Yellow Pages, and started making calls, more calls and even more calls.  After 11 calls and a lot of frustration, we knew there must be a better way. We did finally get our dishwasher fixed but decided that it was time to find a universal solution to the household headache of home repair.  After a lot of research, we found a home repair network called HOCOA.  HOCOA had a proven track record of making the process of finding a contractor/service provider easier.  Further investigation showed that all HOCOA contractors are licensed, bonded/insured and pre-screened.  Best of all, they do all of the  leg work for you.

Upon moving to the DC area, we discovered there was no HOCOA location in the area.  In an area like DC where people are always on the go, we knew that there was a need for HOCOA.  Most Washingtonians don’t have the time to make all the calls and screen contractors before hiring them.  Yes, you may have your favorite plumber or electrician but who do you call when the roof leaks, the attic fan dies, or you discover mold in the basement.

So we brought the HOCOA Home Repair Network to DC!  Below are success stories from your DC neighbors.

A family in Rockville was in the middle of a renovation project. They ran into problems with their contractor, who could not finish the job. What should they do? A friend suggested they call HOCOA. Within an hour, we figured out what type of contractors they needed.  By the next morning, they were back in business and work reconvened using HOCOA contractors. HOCOA was not only able to save them the time and energy of re-interviewing contractors after previously being burned, but the project became stress free because of HOCOA.

Another family had a light that was going in and out. They called an electrician on their own. He came, fixed the light and did what appeared to be a good job. A week later, the light was giving them the same problem. They called the electrician again, and again, and again. They never received a return call. So much time was spent trying to resolve this issue. The problem was that their electrician had already done the job and had been paid. They were no longer on his “priority” list.

Through HOCOA, the contractors are held “accountable” because of the way jobs are dispatched. Since the contractors want referrals, they respond almost immediately when called by a HOCOA representative. If the family had called HOCOA for this project, ONE call would have taken care of this problem with NO frustration.

Joining HOCOA is the way to save time and energy and be able to simplify your life when it comes to home repair.  The value of piece of mind is so much greater than the small yearly HOCOA membership fee.   In addition to the home repair contractors participating with HOCOA, your membership also gives you access to additional resources at wholesale prices.

If you know of anyone moving to the DC area, a HOCOA membership is an incredible gift.  Know a good reliable contractor you feel would benefit from being part of the HOCOA Metro DC network, please pass our information along.  Feel free to give us a call or send us an email with any questions.  We look forward to helping you simplify your life.